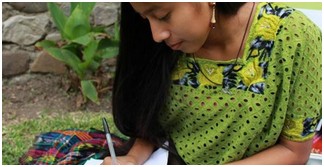 June 4, 2020 – We have a great diversity of Indigenous Peoples in the world, Peoples who have been affected in different ways by the COVID-19 pandemic. “To name us is to recognize our existence, which is the result of hundreds of years of resistance against invasions and previous epidemics similar to COVID-19.”

Countries across the world have faced difficulties in attempting to produce data on the number of COVID-19 cases and deaths. While it may not be possible for every country to have the capacity to have an exact count, for Indigenous Peoples, these data are even more inexact or nonexistent.

In the United States, for example, almost half of the states who had published infection rates including ethnic demographic data by April 2020 did not include a category for Indigenous Peoples. Rather, Indigenous Peoples were considered under “Other.” This “effectively eliminates us in the data,” Abigail Echo-Hawk (Pawnee), director, urban Indian health board and chief research officer, Seattle Indian Health Board, told The Guardian. Meanwhile, Indigenous Services Canada reported 175 cases as of May 10, but these only include Indigenous people on reserves, “eras[ing]” the fact that “Indigenous Peoples do not only live on-reserve” and that Indigenous Peoples of different cultures live in communities together.

Aggregated data hides both basic data and inequities by compiling all cases into limited categories and removing demographic information such as sex, gender, race, or Indigenous identity. Scientific American offers clear examples of the problems that result from not disaggregating data in the context of Black communities and communities of color in the United States. On the other hand, disaggregated data highlights the level of impact on specific groups in situations like the COVID-19 pandemic. Knowing the impacts experienced by specific peoples and communities is also important in order to be able to direct resources to the most vulnerable groups and to programs established by affected Peoples for their own communities. The UN calls on nation-state governments to “[e]nsure availability of disaggregated data of Indigenous Peoples, including on rates of infection, mortality, economic impacts, care burden, and incidence of violence, including gender-based violence.”

Indigenous organizations in various countries have demanded that governments include Indigenous Peoples in their COVID-19 statistics. In Peru, AIDESEP requests “the implementation of the ethnicity variable in statistics on people affected by COVID-19; and the urgent need for health workers to visit communities to undertake clinical testing and deliver medicines.” In Canada, data exists on Indigenous Peoples, but they are not presented publicly by location. Indigenous leaders say, “Keeping the locations of COVID-19 cases undisclosed is a problem, Indigenous leaders say, because it limits what communities can do to trace the illness and protect themselves from further outbreaks.”

An article by Strengthening Human Rights and Peace Research and Education in ASEAN/Southeast Asia (SHAPE-SEA) mentions, “In Southeast Asia, the extent to which COVID-19 related health outcomes and socio-economic impacts differ for minorities remains unknown…[G]overnments in the region are not collecting and publishing data disaggregated by ethnicity or characteristics relevant to marginalized groups. The lack of disaggregated data is a glaring gap in the region’s COVID-19 response.”

In Mexico, the National Institute of Indigenous Peoples (INPI) is in charge of presenting specific information on Indigenous Peoples. However, in its most recent report, which mentions 489 cases of COVID-19 in 31 states throughout the country, all are classified as “population recognized as Indigenous” without clarifying to which of the country’s 68 Indigenous Peoples they belong. Specificity about these cases would give information about their context. For example, the organization Tlachinollan reported the case of a woman Indigenous to the Me’phaa People in the south of Mexico who was treated in the central Mexican state of Zacatecas where she had recently arrived as a migrant farmworker. This kind of case has also been seen in the United States among Na’savi people, and it is likely that there are many more such cases among Indigenous immigrants.

Even if it were possible to have precise data for Indigenous Peoples, the impact is incalculable when it comes to members of the community. People are far more than just numbers, and losses are particularly felt in the cases of elders, who are more susceptible to complications from COVID-19. Among Indigenous Peoples, it is the elders who often maintain Indigenous languages and carry the communities’ ancestral knowledge and traditions. COVID-19 is “‘killing every day,’ says medicine man Ty Davis, who knows at least five traditional practitioners who have died from COVID-19. ‘It put me into shock,’ he says. ‘What do we do now? How do we retrieve that knowledge that these elders once knew now that they have died with those ceremonies? How do we get those back?’ Each medicine person specializes in different ceremonies. So when someone dies they take that knowledge with them. Over the last several decades the tribe has gone from a thousand Diné or Navajo medicine people to just 300. The coronavirus threatens the few who remain.”

In an effort to name the Indigenous Peoples affected by COVID-19, Cultural Survival is mapping cases across the world. The map goes beyond just cases of infection to include cases of human rights violations taking place within the context of COVID-19, for example, attacks on human rights defenders known to be in their homes due to quarantine, or governments taking advantage of attention on COVID-19 to undertake development projects or waive consultation processes………………………..